The Air Within Us (Deaf Republic Series)

We Lived Happily During The War (Deaf Republic Series)

The Air Within Us (Deaf Republic Series)

We Lived Happily During The War (Deaf Republic Series)

"I prefer to make a fool of myself, which I find to be alarmingly easy when I am alone. It makes painting an obvious choice." 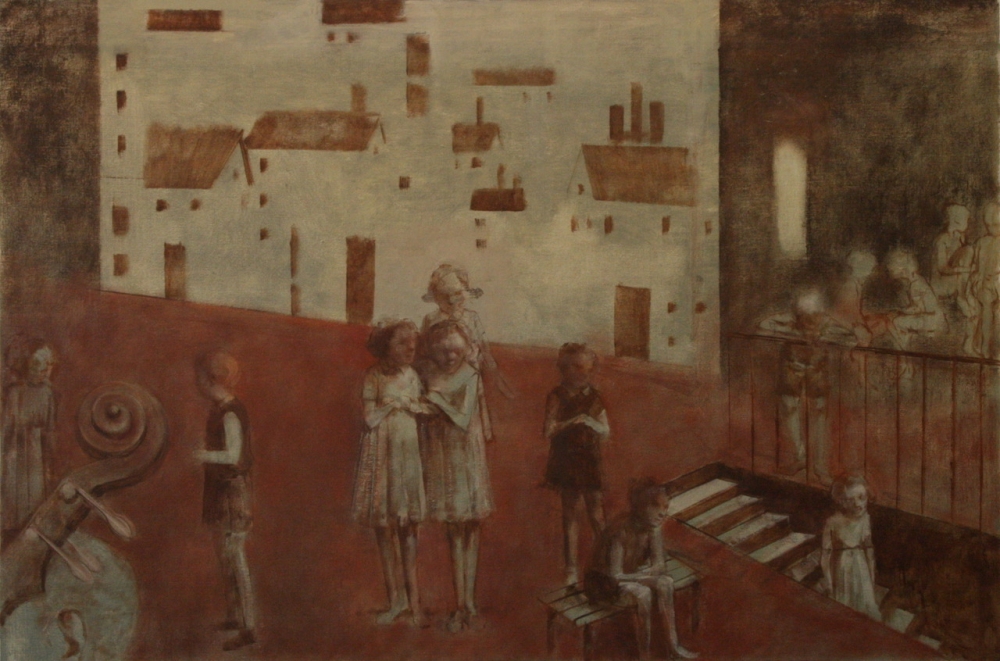 "This work seems to be an extension of the ‘Deaf Republic’ work. The story line has no tie but there was nevertheless a feeling of connection in the studio.

Brundibar is the name of a children’s opera, written by Hans Krasa and performed at Theresienstadt, a hybrid concentration camp and ghetto established by the SS during World War II that was known for its relatively rich cultural life, including concerts, lectures, and clandestine education for children.

With Degas’s influence, I was trying to imagine the childrens' rehearsals and backstage activities."

"This group of work comes about from the influence of a book of poems by Ilya Kaminsky called ‘Deaf Republic’. The poems are about living in an occupied city and the unrest that ensues. In the poems, we follow a young, newly married couple with their newborn and a rebellious woman with a puppet theater.

For several years I had been using Weimar Germany as a time period in my paintings, and when this book of poems came along it allowed me to explore more specific moments or events pulled from Ilya’s narrative.

Although I’ve illustrated the poems in Ilya's book with drawings (which will soon be incorporated into a small, special edition book), I feel that the paintings reflect an 'overall feel' of aspects of the poems, and posess an independent sense of their own." 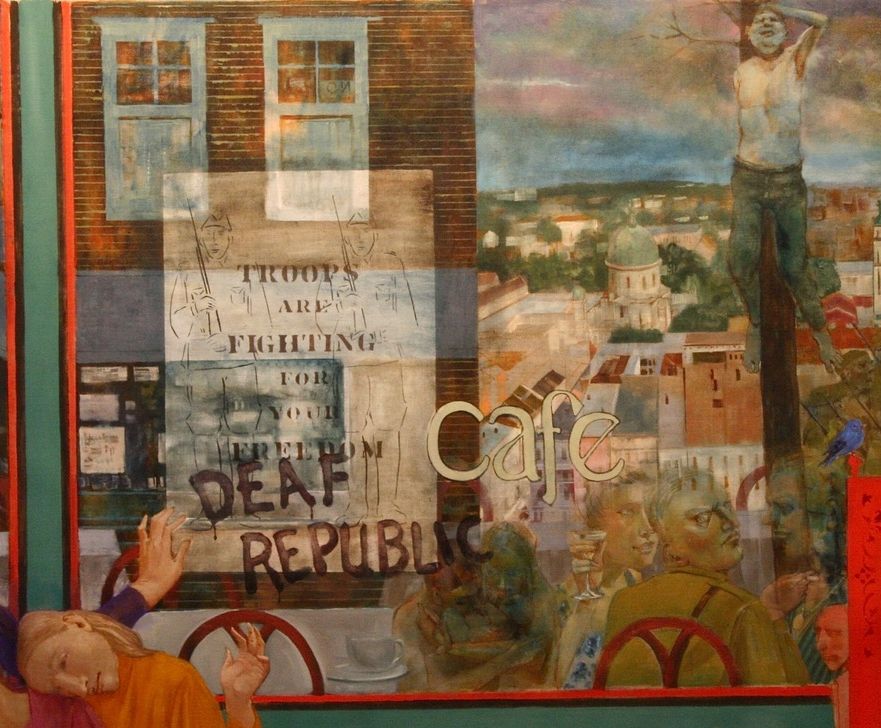 Stewart has been painting full time since leaving school in 1992. He has had solo exhibitions with Gross McCleaf, Gallery 71, Swarthmore College, Washington County Museum of Art, Carspecken-Scott Gallery, Hoyt Institute of Fine Art, and The Butler Museum of American Art. 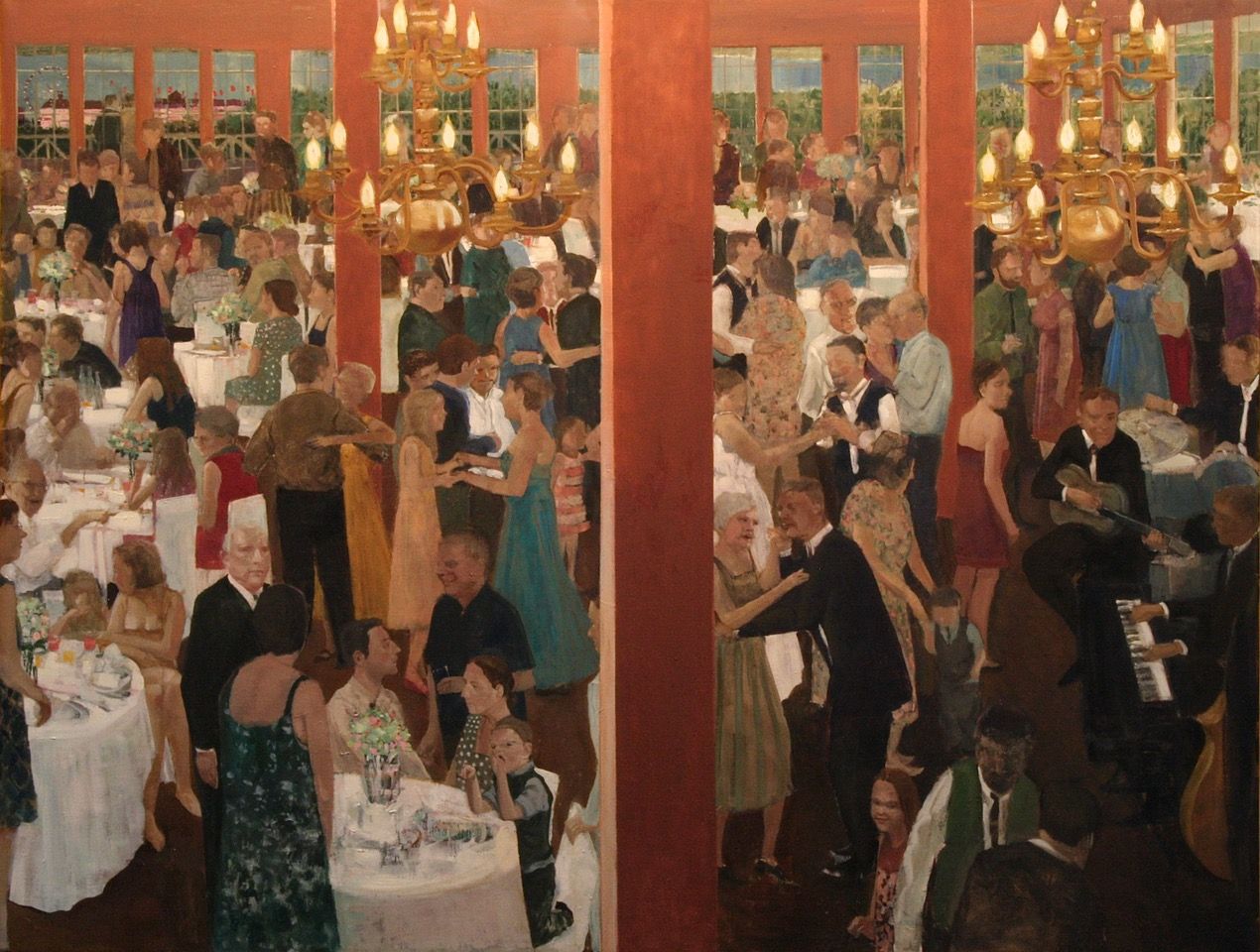 "I don’t find I am necessarily gifted, but I will give myself credit for being tenacious."