Back Of The Museum

Back Of The Museum

"My subject is the city, the world outside my door. These paintings are straightforward representations of the things I see. There is a bit of magic in the early morning light on a wall, the cacophony of colorful signs in a shop window, or along a thoroughfare, and the reflections of light sparkling on the river. All these bits of life, and the sense of human habitation within the city, are important to me." 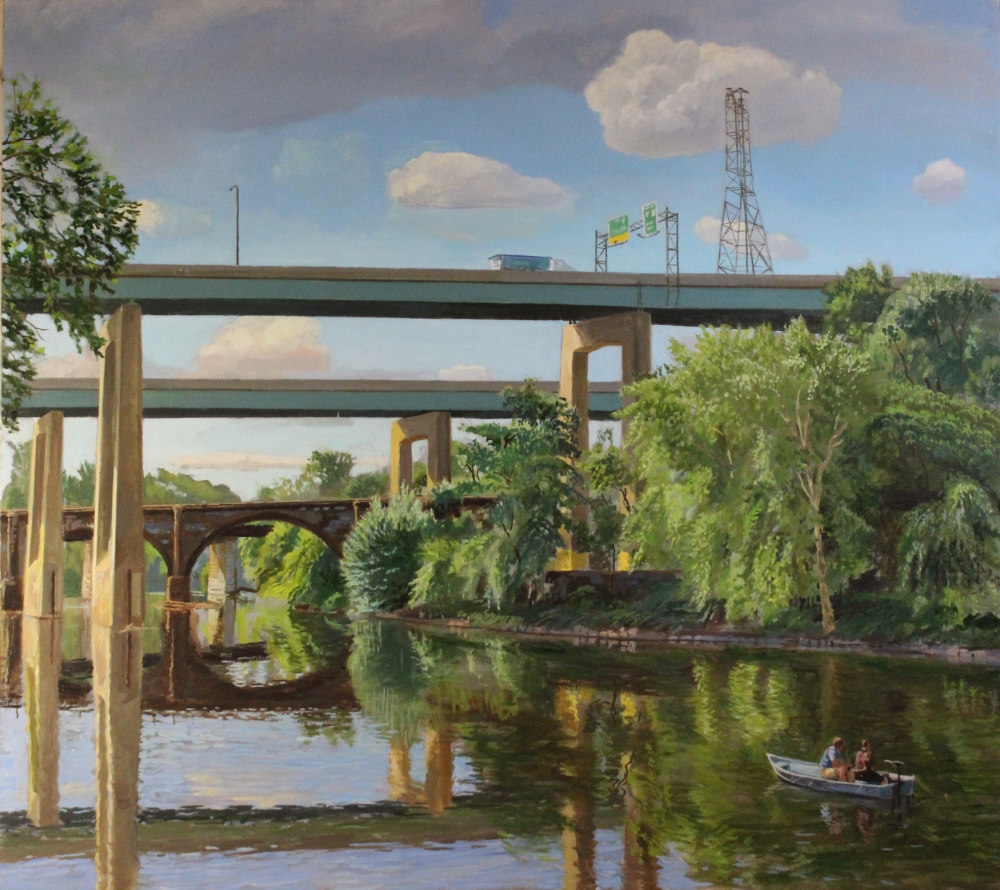 Larry Francis is a Philadelphia native who has painted on the streets of the city from the early part of his life in art. He studied painting at PAFA, where he was awarded the J. Henry Schiedt European Traveling Scholarship in 1970. His first career solo show was held at the Peale House Galleries of PAFA in 1979.

Over the years, Francis has received a number of awards, including the Julius Hallgarten Prize from the Academy of Design, New York in 1972, the Mary Butler Award from the Fellowship of PAFA in 1996, the Charles Knox Smith Founders Prize at the Woodmere Art Museum in 2002 and a Prize for Painting at Cheltenham Art Center in 2011.

His work is in many public and private collections, including the Noyes Museum of New Jersey, Woodmere Museum in Chestnut Hill, and the Federal Reserve Bank, Philadelphia. Francis is represented by Gross McCleaf Gallery, where he has had a dozen solo shows. He can be seen in the short film Larry Francis: Painting Philadelphia, by John Thornton. 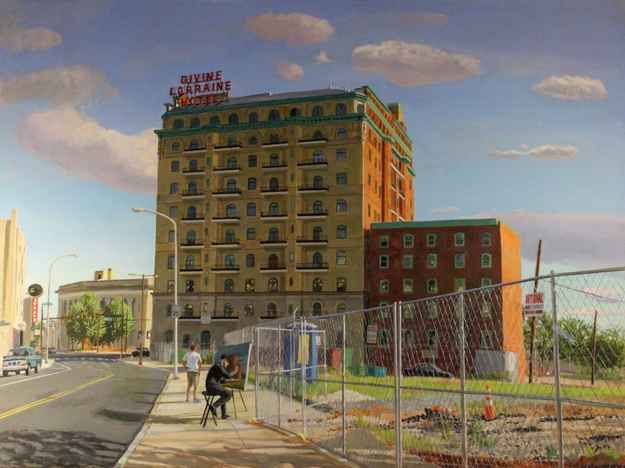 "I have always liked buildings. When I was 7 or 8 years old, I had a stay in the hospital. I must have drawn houses a lot. My parents said, 'he's going to be an architect'. Well, I'm still drawing buildings.

I do love living, growing things, but I usually paint them in the man-made environment - grass sprouting in the cracks in the sidewalk, trees that manage to push their way up along railroad tracks.

I would like my work to have a sense of the life of the city, not a tourist snapshot, really of the city. I think the best thing about my work (aside from any lasting quality it may have) is that I'm out there painting right on the street and people can enjoy watching the paintings develop." 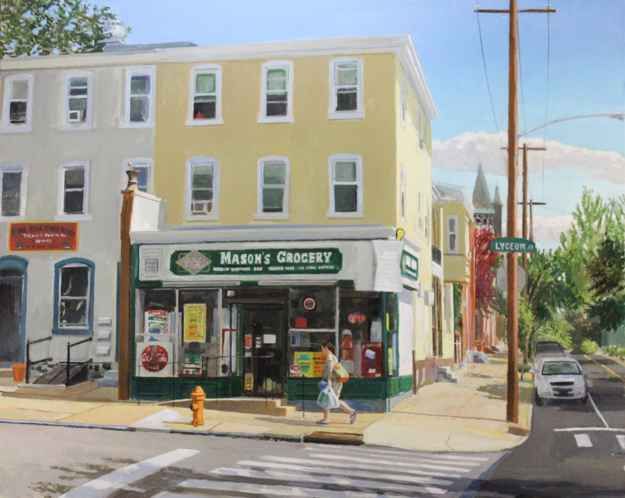 Many painters have captured scenes of everyday life, however, the paintings of Larry Francis are full of a glowing delight, derived from a fascination with the atmosphere of city life. Philadelphia is a frequent subject of his work, the pieces reflecting the personality of the industrial, yet often quaint, metropolis. Some of his paintings find nooks of the city that are serene; the secluded neighborhoods and parks that visitors do not always get the chance to see. Some are more active scenes; the bustling downtown areas and buildings that are more iconic to Philadelphia and the surrounding areas.

Francis uses gouache and oil paint to capture the light of the golden hour of the city with warm, luminous hues. He renders the most beautiful days in Fairmount Park, with crystal clear reflections of the sky on the water of the Schuylkill River. His paintings are refreshingly straightforward - nothing seems to be hidden - yet they often leave the viewer curious to learn more of the story. The joy infused into these works is infectious, and viewers might find themselves feeling nostalgic for a place they have never been.

Larry Francis has been showing with Gross McCleaf Gallery since 1982, and is currently an instructor in painting at the Pennsylvania Academy of the Fine Arts, where he studied from 1967 to 1971.

Larry Francis has a FANTASTIC show of his paintings at Gross McCleaf Gallery through January 26, 2019!

Now before you start accusing us of prejudice, and yes, it is true we are the executive directors of the Larry Francis Museum of Ocean City, and have been friends withLarry for 40 years, just look at these paintings. They’re gorgeous! I stopped by a few days before his opening to chat with Larry about these beautiful paintings came to be.

For many years and with infinite patience, artist Larry Francis has been observing Philadelphia. He has come to know his city and through his oil and gouache paintings shares its beauty with us all. 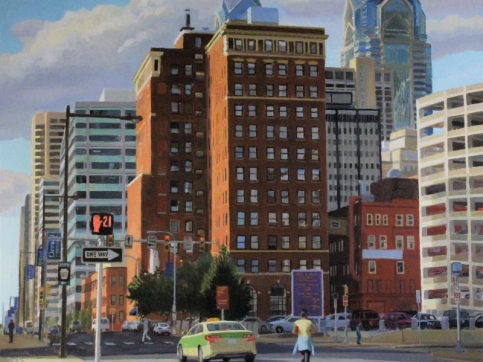 Larry Francis
The City in a New Light January 2019 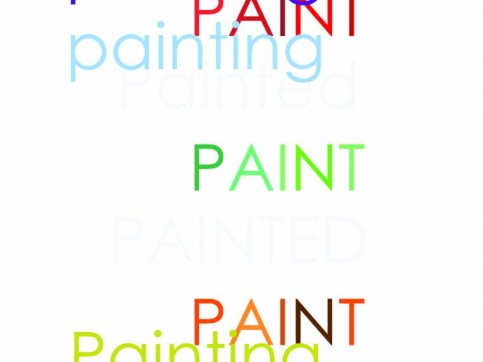